Have a Great Summer! We are open and shipping orders Monday through Friday. 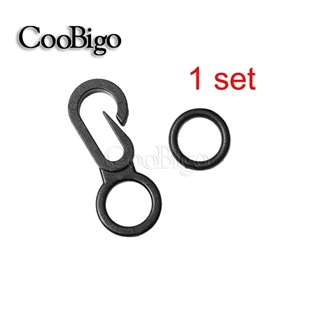 Rothco’s 1/2 inch side release buckles can be used with any webbing with a 1/2 inch width. These buckles are also ideal for paracord bracelets as their curved shape hugs your wrist. Various colours available. By squeezing the two side buttons quickly opens the buckle.
$0.63 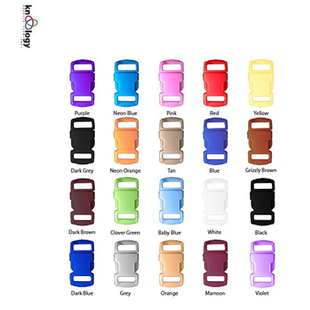 Thanks to Knottology, no longer are you stuck using a black buckle on all your paracord bracelet projects. Knottology offers over 20 colours of 3/8 inch buckles giving you a little more creative colour in your next project. Concave so they fit the wrist nice, the two piece side release buckles are made from plastic.
$0.50 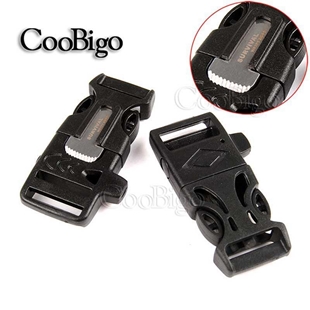 These 3/4 inch side release buckles add additional survival functionality to your next survival paracord project or any webbing with a 3/4 inch width. Made of plastic these buckles feature a whistle, flint and serrated scraper (which can also be used to cut).
$1.56

Rothco's 100 feet of Rose Pink 100% Polyester Paracord features an inner core of 7 twisted strands, giving it a test strength of 727 lbs. At approx. 5/32 of an inch it is the same diameter as 550 Type III nylon paracord.
$7.93
Powered by nopCommerce
Copyright © 2020 CanadaParacord.ca. All rights reserved.